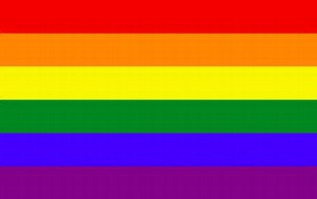 Though same-sex marriage is now legal in Texas, some couples choose not to enter into a traditional marriage. Mediation is an optimal way to address ongoing relationship agreements as well as termination of marriage/dissolution of relationship issues between same-sex couples.

Throughout the Mediation process, many issues may be discussed including:

Same Sex Marital Mediation: Mediation is an excellent way for same-sex partners who are married to come to agreement about the terms of their marriage. Mediation services provided by Laura Alpert as a neutral facilitator either before the marriage or after the marriage has commenced with a postnuptial agreement.

Using Mediation has the benefit of discussing issues face to face, lessening the chance of misunderstandings from developing in the future, and assisting partners and spouses in clarifying their goals and expectations.

Child Custody: A significant and growing proportion of same-sex couples, both women and men, have children in their households. When their marriage or cohabitation ends, difficult problems and conflicts may be raised about custody, and sometimes, parentage.

Prior to Litigation, same-sex partners who value the interests of their children may first try to address parenting issues, including support, visitation, and custody, outside of court. The benefits of Child Custody Mediation for the children are enormous. Using the services of an experienced Family Mediator will be a good step for a couple to address the needs of their children and their future loving participation and connection in their children’s lives.

Cohabitation Agreements: Same-sex couples choosing to live together without marriage do so for all sorts of reasons. While some of these couples eventually marry or enter into civil unions in other states, some do not. As with any termination of a relationship, break ups between cohabiting couples can be very messy, leading to protected and complex litigation.

Cohabiting same-sex couples may choose to make written agreements. These can address the day-to-day duties of their living together. In addition, cohabitation agreements can determine what happens if they break up.

Benefits of Mediation in LGBTQ Cases:

Mediation can be significantly less expensive than working through the courts.

Mediation can offer a solution more quickly than any trial can. Mediation can be conducted in a week or two, whereas the entire trial process could take months or years.

Mediation can set the tone for your relationships going forward. Parties will still need to be able to communicate in some fashion.  Remember, you're setting an example for your child.

Contact Laura Alpert today to discuss if mediation is right for you.

Please make a note of our new address and phone number.

Get Social With Us

Recommend this page on: